Ocean plastic. It’s a HUGE problem to the tune of about 1.5 tons of trash dumped in the ocean every hour. A lot of the focus of ocean plastic hinges on reducing our single-use plastic consumption, but who’s cleaning up what’s already in the ocean? After the publication of Plastic, Ahoy! Investigating the Great Pacific Garbage Patch many people have asked me that question. My answer is always The Ocean Cleanup, a company started by Boyan Slat when he was a teen. I’ve written about Boyan before, most recently in Sea Otter Heroes: The Predators That Saved an Ecosystem. 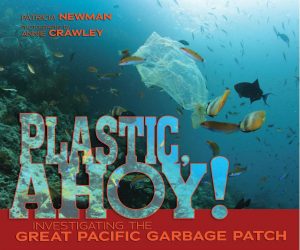 To update you on Boyan’s progress, I am republishing a Business Connect article (with permission from the author).

The Ocean Cleanup Project: What It Is and What You Can Do
by John Hawthorne | Feb 21, 2018

We’ve done that work for you and gathered all the information you need to get up to date on The Ocean Cleanup Project, discuss the garbage issues plaguing our oceans, and decide how you can help with this issue.

If you’re interested in learning about the Ocean Cleanup Project, its origins, what it does, how you can be a part of it, and in gaining a better understanding of the seriousness of the issue of trash in our oceans, read on!

What Is The Ocean Cleanup Project?

In 2013, the Ocean Cleanup Foundation was established by an 18-year-old dutch inventor named Boyan Slat. According to the foundation’s site, it was begun with the goals of creating ways to clear the Pacific Ocean of Pollution and educating people on the Great Pacific Garbage Patch.

The idea, Slat hypothesized, was to use the ocean’s currents to our advantage, allowing our passive drifting systems to clean up over half of the Great Pacific Garbage Patch in about 5 years’ time. Slat proposed that it would be nearly impossible to go after the garbage in the ocean with nets and vessels, and more than that, it would be costly and time-consuming.

With this in mind, he devised an Ocean Cleanup Passive System that would be comprised of a floater with a solid screen underneath that would concentrate debris and lead them to a collection system. Then, that system would be slowed to the point that it moved less quickly than the plastic, which would result in the plastic being trapped.

The technology behind the Ocean Cleanup Project is fairly simple, but compelling. With their solid screens underneath floating pipes, debris can be caught both on and under the surface. These systems will be drifting freely about the Pacific Ocean and will help to concentrate plastic towards a central point for collection by vessels, where it can be easily removed.

For a visual representation of how the system will work, watch the short video (above)

Again, according to the Ocean Cleanup Project’s site, the foundation believes that by deploying a fleet of systems, they can clean up an estimated 50 percent of the Great Pacific Garbage Patch in just five years, and that the concentrated plastic can be retrieved for recycling purposes. Then, the money that’s made from recycling the plastic can be used to help fund the project’s expansion to the other four ocean systems.

The foundation has been working on testing and trials for this project for a great deal of time, launching expeditions over the ocean gyres in the last few years. The first cleanup system deployment is schedule to take place in the Great Pacific Garbage Patch in May of 2018.

How Big is the Threat, Really?

To get a better understanding of the Ocean Cleanup Project, it’s important to get a firmer grasp on how big the problem of pollution in the ocean truly is. First, it’s vital to know what the term “garbage patch” refers to.

Seemingly self-explanatory, a garbage patch is a conglomeration of trash, plastic, and pollution that forms into a giant patch and litters our oceans. The Great Pacific Garbage Patch, the very spot the Ocean Cleanup Project intends to reduce and hopefully eliminate, is also known as the Pacific Trash Vortex.

It’s composed of trash and litter that spans an area from the West Coast of North America all the way to Japan. It’s so large, in fact, that it even has east and west sections.

This issue is an increasingly hazardous one, as most of the trash in the garbage patch is not biodegradable, causing a massive buildup that’s dangerous for not only ocean climate, creatures, and marine life, but for the human race as well. Much of this trash is visible, but a lot of it is made up of microplastics, non-biodegradable bits of plastic that can’t be seen without a microscope. In short, they’re tiny, but they’re terribly dangerous.

But trash isn’t just clogging up the Pacific Ocean, it’s plaguing our oceans and waterways everywhere. For example, Lagos, Nigeria produces about 600,000 metric tons of plastic trash annually, and approximately 100,000 tons of that ends up in the ocean. The result is landfills brimming with plastic garbage and coastlines strewn with trash.

About 5.25 trillion pieces of trash and litter are clogging up our oceans. To put that in perspective, that’s about 14 billion pounds of garbage dumped into our oceans annually, or about 1.5 million pounds of trash dumped in the ocean every hour. Even more disturbing is the about 269 tons of that trash are floating on our oceans’ surfaces. This trash ends up on islands like Henderson Island, a remote island that has millions of pieces of garbage wash ashore every year.

Those facts alone should be troubling, but when you take into account the harmful effects that trash can have on the oceans’ climate, marinelife, and creatures, it’s more than just troubling. With the entry of trash into our oceans comes the entry of toxins and pollution that poison marine life. Additionally, plastic debris in the ocean is said to kill fish, seabirds, and other marine mammals, impacting at least 267 species worldwide.

More than that, it affects the lives of humans as well. With toxic chemicals entering our oceans via pollution, it’s unsafe for people to consume marine life that’s been impacted by the pollution. In fact, doing so can result in dangerous health problems.

What Can You Do To Help?

So, what’s the next step you can take to help the Ocean Cleanup Project, or just to help clean up our waterways, bodies of water, and expanses of fresh and saltwater? While it may seem unlikely, small efforts by individuals can make go a long way toward decreasing the garbage in our oceans.

When speaking specifically about the Ocean Cleanup Project, there are a few specific ways to help this foundation inch their way toward success.

Speaking generally, though, you can help reduce the amount of garbage in the ocean and contribute to solving the trash problem by making small dedicated efforts.

As you can see, the massive amount of garbage conglomerating in the oceans is harmful — not just for the creatures and environments under the water, but also for marine mammals, birds, fish, turtles, and even human beings.

Though there’s an estimated 5.25 trillion pieces of trash in our world’s oceans, it’s nearly impossible to determine how much debris is making up the Great Pacific Garbage Patch, because the North Pacific Subtropical Gyre is too large for scientists to trawl. Even worse, it’s harder to tell because not all of the trash in the area is floating on the surface, and much of it made up of tiny, microplastics you can’t see with the naked eye.

Much of this trash comes from everyday pollution or land-based activities that take place in Asia and North America, but a percentage of it also comes from boaters, cargo ships, and offshore oil rigs.

The Ocean Cleanup Project, and other organizations like it, are doing their part to help rid the world and its oceans of the rubbish that plagues it, but you can help, too. By increasing your recycling habits, reducing your single-use plastic activities, and dedicating yourself to encouraging friends and family to do the same, you too can reduce the impact of garbage that’s clogging up our oceans.

[Business Connect gives “hope to the impoverished by creating employment, in the marketing of life enhancing products, within a business model that is sustainable and environmentally balanced.”] 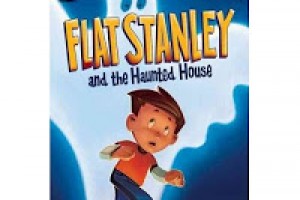 Flat Stanley and the Haunted House by Jeff Brown In[...] 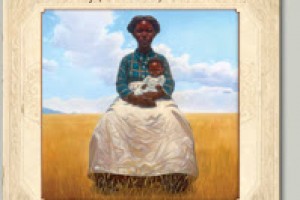 History is about people. Not wars and treaties. In Heart and[...]

The last day at the SCBWI LA conference culminated in[...]