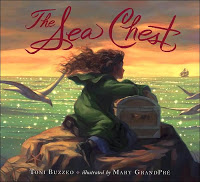 November 12, 2011 Book Talks No Comments
An educational video on lighthouses gives Buzzeo the idea for this beautiful tale:

The Sea Chest (Dial, 2002) is the story of a girl who lives an isolated existence with her parents on a lonely lighthouse island. A leather sea chest, with a baby inside, washes ashore after a storm. Buzzeo first learned of the sea chest legend in a lighthouse video she previewed for the teachers at her school, and her imagination churned. “It took me a year and a half to figure out how to tell the story,” she says. Ultimately, Buzzeo made The Sea Chest her own story because for the first nine years of her life she was an only child and longed for a sibling of her own.
Buzzeo puts her library research skills to work for every book she writes. “Research is easy for me. It’s second nature.” She describes herself as “undaunted” and “tireless” when working the library system for one of her stories. She went through several librarians and historical society experts before she found a reference librarian at the Maine Maritime Museum who could tell her what type of vessel would have brought supplies to the lighthouse keeper and his family in The Sea Chest [excerpted from my Toni Buzzeo profile].
Tags: Book TalksPicture Book MonthProfiles
No Comments
Share
0

A rare treat! Interviewed by my illustrator’s children…

My conversation with Aaron Zenz’s three children was a rare treat![...]

The winner of the January Kids On KidLit drawing for a FREE[...] 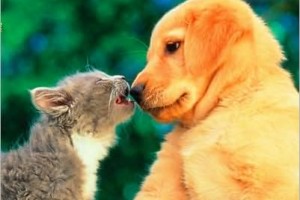