Hi! I’m Darcy Pattison and I live in Arkansas, a fact that will become important in a minute. Along with my sister, Elleen Hutcheson, we wrote A Little Bit of Dinosaur (illustrated by John Joven, Mims House, February 2021), a lyrical and funny story about a calcium atom that travels from the toe-bone of a dinosaur to the jawbone of a kid in Arkansas.

Dinosaurs are a popular topic for kids, but this story was inspired by A Sand County Almanac, by U.S. environmentalist Aldo Leopoldo. He talks about how man and nature are interconnected.

Ask kids to think about the setting of this story. For instance, why would the author start the story in Colorado and end in Arkansas? Discuss your ideas.

After discussion, read these facts to help you understand the story setting.

FACT: Where in the US have dinosaur fossils been found?

FACT: Where are the headwaters of the Arkansas River?

The Arkansas River runs from the Rocky Mountains of Colorado through Kansas, Oklahoma, Arkansas and empties into the Mississippi River.

Discuss why the setting for the story works.

T. Rex’s once lived in Colorado, and the Arkansas River could plausibly carry a calcium atom from a T. Rex down river.

Did you know that the US has many sites where dinosaur or other fossils have been found? Do a virtual tour of each site and then plan a trip to visit sites that have fossils of your favorite dinosaurs. Would you like to visit more than one site? How long would your trip take?

Design your own dinosaur

In A Little Bit of Dinosaur, the boy acquires different dinosaur parts:

Next, research your favorite dinosaurs and decide which parts you’d like. Draw a picture with the parts added to your body.

Elizabeth Elleen Hutcheson was a Biology and Anatomy/Physiology instructor for thirty years. She has her National Board Certification in Science. Hutcheson has taught elementary science students for museum programs and Audubon camps. She has received many grants and was awarded the Christa McAuliffe Fellowship for Arkansas, and a Fulbright Memorial Fund Fellowship for a three-week program in Japan. She has traveled extensively to study science and nature, including Costa Rica, the Amazon rainforest, the Galapagos islands and across the U.S.

Featured image: “A dinosaur model at the Zoology museum” by Liz Castro is licensed under CC BY-NC-ND 2.0 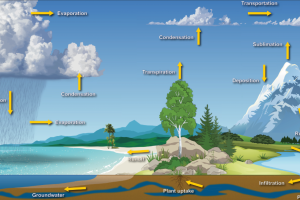 GUEST BLOGGER DEB GONZALES It’s remarkable to think about the[...] 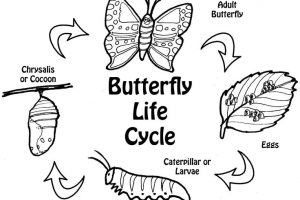 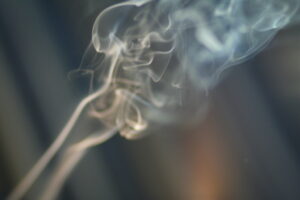 LitLinks: Can smoke be useful? A research challenge for students

GUEST BLOGGER HENRY HERZ Pre-reading I Am Smoke is a[...]