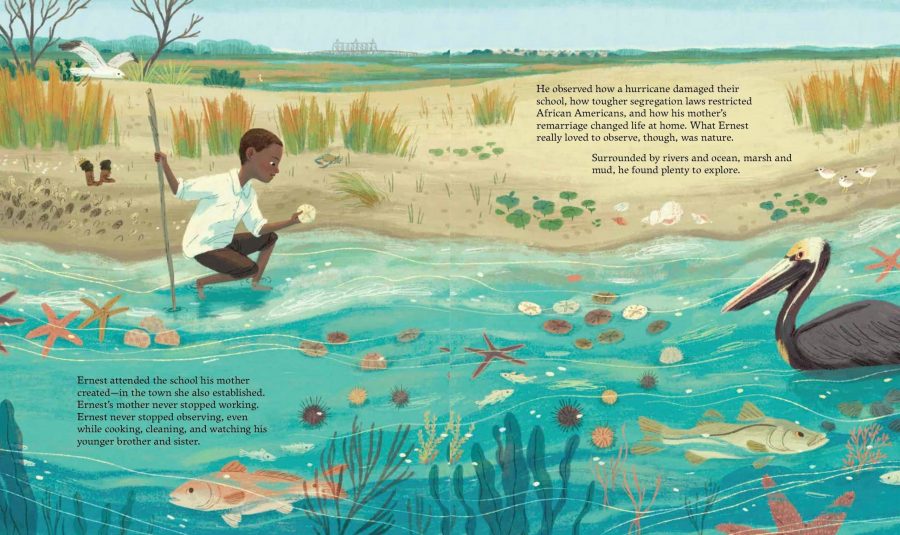 Biologist Ernest Everett Just enjoyed reading and writing poetry. In fact, his first published work was a poem. His scientific writings are also infused with poetic language that bring his laboratory observations to life, a facet of his life that piqued my interest and made me want to find out more.

Combining scientific or nature observations with poetry heightens students awareness of the world around them, and strengthens their powers of observation.

Ernest Everett Just studied echinoderms like sea stars, sea urchins, and sand dollars. I chose tanka, a form of poetry with 5 lines, to keep the focus on the unique properties of these animals.

Looking at other elements of nature could work as well, especially those with five parts, such as trees with five pointed leaves or lobes, such as sweetgum, maple, or oak.

Though Ernest Everett Just focused on the sea life he first encountered in his ‘own backyard,’ students can start by examining local wildlife in their area: trees, insects, or other small animals.

Use the Glossary at the end of the book to define the words students will be learning in the book.

Read the book, including the Timeline, Author’s Note, and In His Own Words, and More About Just’s Science. Ask students to pay particular attention to Ernest Everett Just’s work both in the laboratory, and in nature.

Then ask the following questions:

Observations as fuel for tanka poems

Students will observe an echinoderm (such as a sand dollar, sea urchin, or sea star) or some other 5-lobed animal or plant. They will examine it closely with a magnifying glass, or a microscope if available. This is a great activity to do in pairs, with one student viewing and describing and the other writing, and then switching to get as many descriptive words as possible.

Ask them to imagine that they have to describe their subject to someone who isn’t there will help them use richer, more detailed language.

Have them write down any other thoughts, questions, or musings as they observe.

Using the observations from the previous section, write tanka poetry. Encourage students to focus on the descriptions to help them understand and highlight unique features.

Like haiku, tanka is a traditional Japanese form of poetry with five lines consisting of 5, 7, 5, 7, and 5 syllables. Typically, the first 3 lines make a complete statement, and the last 2 lines comment about it.

By examining an element in nature more closely, whether it be a leaf or a sand dollar, and crafting tanka, students will hone their skills of observation and increase their appreciation of the natural world. They will also better appreciate the work of Ernest Everett Just, who found beauty in science, despite the many challenges he faced.

Mirrored in a waveless sea,

What fickle mood of night

Urged thee from heaven to flee

And live in the dawnlit sea?

Tells me to run up a hill

And look at the sea.

A ship almost out of sight

About to fall of the edge.

A landscape of tiny orbs

A new world for me.

Working at the intersection of Nature, Literature, and Culture, Mélina Mangal’s writing highlights youth whose voices are rarely heard, and the people and places that inspire them to explore their world. She is the author of short stories and biographies for youth, including The Vast Wonder of the World: Biologist Ernest Everett Just, winner of the Carter G. Woodson Book Award and named an NCSS/CBC Notable Social Studies Trade Book for Young People. Mélina also works as a school library media teacher in Minnesota and enjoys spending time outdoors with her family. Website: melinamangal.com |Twitter: https://twitter.com/Melinawriter

*Excerpted from Poets.org, https://poets.org/poem/tanka. In the public domain. 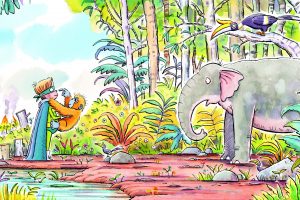 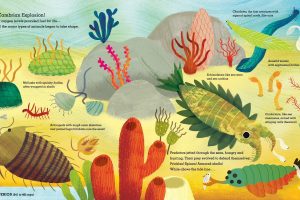 LitLinks: Ocean secrets revealed — where did the first animals come from? 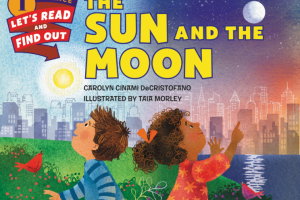 LitLinks: BLAST OFF! to the Sun and the Moon — the Brightest Objects in Earth’s Sky

GUEST BLOGGER: CAROLYN CINAMI DeCRISTOFANO It’s likely that I would[...]