“In 2010, 57 percent of California State University freshmen required remediation in English or mathematics. The rates are higher in California Community Colleges, where about 85 percent are underprepared for college-level math and 70 percent are unprepared for college-level English.” So says an article entitled “California’s Colleges Make Preparedness a Priority” in The Sacramento Bee [March 16, 2012, p. 1]

Ironic, isn’t it? Over the last several years, California slashed funds to public school libraries. In Los Angeles, the school district distributed pink slips to more than 85 middle and high school librarians. Then the district called them into a basement room and interrogated them to discredit their chosen profession as unnecessary, saying they didn’t actually teach anything [Los Angeles Times, May 13, 2011].

In the San Juan Unified School District in Sacramento, librarians were long-ago demoted to media technicians. For the 2011-2012 school year, they were summarily fired and rehired as clerk-typists, but only after the successful completion of a typing test. In Natomas, librarians became extinct (although some have since been rehired through parent fundraising programs and a more enlightened superintendent).

A librarian actually saved three-time Newbery Honor winner Gary Paulsen. By the age of thirteen he was living in the woods running a 25-mile trap line. One freezing winter night, Paulsen stepped inside the library to warm up before hustling  drunks for extra change. The librarian gave him a library card with his name on  it. “For the first time I believed I was someone,” he says. Then the librarian  handed him a book. “I felt honor-bound to read the thing.” It took him about a  month because he was such a poor reader, but he returned the book and the  librarian handed him another. In this way, Paulsen devoured mysteries,  westerns, science fiction, and survival tales. “Everything I’ve become I owe  that woman, and she never knew,” he says. “Reading became a way to breathe.”

Why are we marginalizing the very people who help children fall in love with reading? Administrators often point to the non-measurable value of librarians (and we all know that non-measurable results in today’s bottom-line driven world equates to zero funding). But I would submit that a 70% rate of unpreparedness at California state colleges is a neon sign for the value of librarians and libraries. In February 2011, Library Research Services published a report that states, “There is a positive and statistically significant relationship between advanced reading levels and endorsed librarian staffing trends,” [School Library Journal, March 6, 2011].

Put a book in a child’s hand and he will be transported to another world. Librarians make the journey accessible by matching their students with stories that captivate them and help them make sense of the world. When students return for another book (and they will, as any librarian will tell you), they’ll be that much closer to becoming life-long readers.

Sid Fleischman was one of the greats in children’s literature,[...] 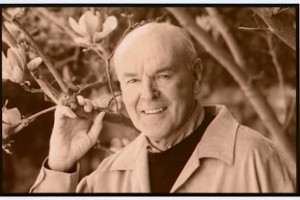 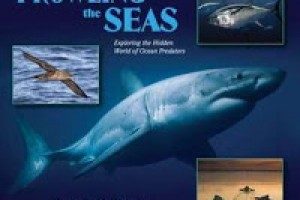