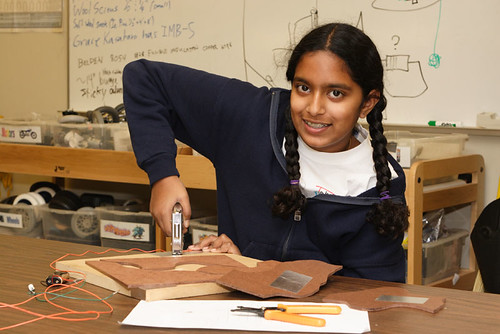 All aboard, educators! Whether you are a tenured teacher, a newbie substitute, or a parent who is homeschooling or assisting your children with remote learning, this past year has been a year of RE-invention.

When I was teaching kindergarten years ago, I realized that hands-on discovery helped engage students of all levels of ability. This type of learning sparks curiosity – and those sparks often ignite passions. If we foster those passions, our children will have a chance to become life-long learners.

Picture books are fantastic resources for hands-on projects that weave STEM with literacy activities – especially a book like From Here to There: Inventions That Changed the Way the World Moves. Each of the nine chapters is an engaging biography of a visionary who saw a need or a problem and solved it – and each story offers opportunities for extended learning experiences in science and math, as well as in art and writing. Here are a few.

Challenge #1: Create your own invention

Karl Drais lived in a time when most people walked where they had to go or used a horse and wagon. But when a volcanic eruption changed the climate, the oat crop in Germany failed. With a scarcity of oats, only the very rich could afford horses and Karl built the first bicycle so that he could go faster with his own two feet.

Challenge #2: How much faster is the train?

Before trains were invented, most people never went further than a few miles from where they were born – walking at a speed of about 3 miles per hour. And when trains were first invented, many people were afraid –they thought traveling at such a fast rate of speed (35 miles an hour at the most) would be dangerous to a person’s health because even on the fastest horse, you could only go 30 miles an hour. And the fastest a human being can run is a little over 25 miles an hour – and only for a very brief period of time.

Challenge #3: Taking a trip back in time

Bertha Benz lived in a time when most people thought women were delicate and weak. But to test drive the car her husband had built, she took a 65-mile road trip with her sons through Germany’s Black Forest. Bertha used her ingenuity…as well as her hat pin and garters to keep the car going. Bertha’s trip garnered lots of publicity – newspapers spoke of how safe a car must be if even a woman could drive it.

Challenge #4: Your own space vehicle invention

Robert Goddard loved science fiction and dreamed of going to Mars. Climbing a cherry tree on his aunt’s farm, young Robert looked up at the sky and decided he was going to build a vehicle that would fly to the moon. He kept diaries and journals to record all of the observations he made and all of the experiments he did.

Challenge #5: Design your own submarine

On a tour of a submarine in 1942, seven-year-old Raye Montague decided she was going to become an engineer. Years later, working on some of the first computers ever made, Raye led a team of engineers to create the first computer-generated design of a naval ship and submarine.

Writer for children—reader forever…that’s Vivian Kirkfield in five words. Her bucket list contains many more than five words – but she’s already checked off skydiving, parasailing, banana-boat riding, and visiting critique buddies all around the world. When she isn’t looking for ways to fall from the sky or sink under the water, she can be found writing picture books in the picturesque town of Bedford, New Hampshire. A retired kindergarten teacher with a masters in Early Childhood Education, Vivian inspires budding writers during classroom visits and on her blog where she hosts the #50PreciousWordsforKids International Writing Challenge. She is the author of many picture books, both fiction and nonfiction. You can connect with her on her website, Facebook, Twitter, Pinterest, Instagram, Linkedin, or just about any place people with picture books are found. 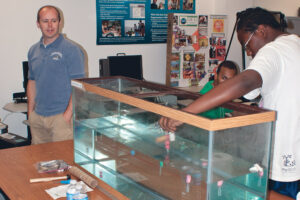 LitLinks: Let’s investigate the miracle of phytoplankton, the ocean’s oxygen-makers

BY PATRICIA NEWMAN Every breath we take connects us to[...] 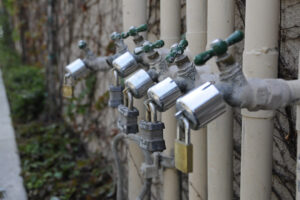 LitLinks: Will our world run dry? Easy ways to help students raise their voices about water

GUEST BLOGGER NANCY CASTALDO What if, one day, you turned[...] 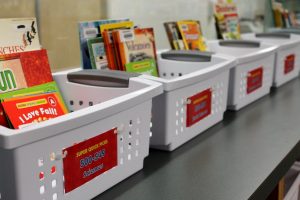 LitLinks: Going to the library teaches place value and classification