LitLinks: How do tiny insects defend themselves in a BIG world? Let’s find out.

In Daisy Woodworm Changes the World, 13-year-old Daisy–who speaks with a lisp–finds that her passion for entomology helps her to overcome her fear of public speaking in front of the class bully. She shares her love for insects with her brother who has Down syndrome, and with her unexpected new friend Miguel, who’s impressed that her parents allow her to keep Madagascar hissing cockroaches and walking sticks in her bedroom.

Read Daisy with students or have them read the novel on their own. Ask them what they think of insects, and which they find to be the most fascinating, and the most frightening. Then, ask them to define “defense mechanism” and what their own defense mechanism might look like if someone threatened them.

Tell students that the defense mechanisms of insects under attack by predators run the gamut from spontaneous bleeding and leg loss to expelling a powerful and immobilizing toxin. Explain that they’ll be researching, writing, illustrating, and presenting on one insect’s fascinating defense mechanism.

One laptop per group; lined paper, pen or pencil, 9” x 13” sheet of drawing paper and colored pencils or markers, laptop projector and screen.

Give each group one of the following insects to research.

The illustrator in each group will draw a picture of the insect, while the notetaker will document research findings neatly on a piece of lined paper.

Ask each group to come up to the front of the class, one at a time, to share their findings. The illustrator holds up the drawing as the presenter talks about the assigned insect, and the researcher shows the short video of the defense mechanism in action.

Ask students which insect defense mechanism they would most like to possess. If you have more time, ask each student to choose one insect and predator and write a 400-word short story featuring both as characters. Students should include a vivid description of the defense mechanism, along with what instigates it, and the outcome.

You might invite interested students to read their stories out loud, and encourage them to check out publications and contests for young writers and illustrators.

Melissa Hart has trained owls, backpacked on the top deck of an Alaska Marine Highway Ferry, and walked an alpaca through a gorgeous Oregon forest in the service of her magazine articles and books. She’s the author of two memoirs, as well as Better with Books: 500 Diverse Books to Ignite Empathy and Ignite Self-Acceptance in Tweens and Teens, and the middle-grade novels Avenging the Owl (LitLink here) and Daisy Woodworm Changes the World. She adores visiting libraries and schools to inspire new writers. She lives in Eugene, Oregon with her husband, daughter, four cats, five chickens, and one very patient terrier. Connect with Melissa at www.melissahart.com and on Twitter/Instagram/TikTok @WildMelissaHart . 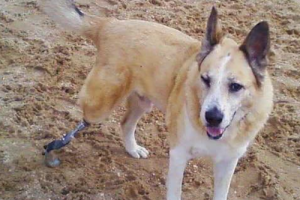 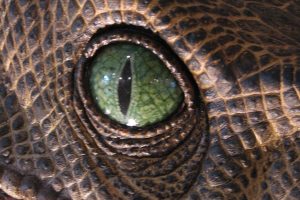 LitLinks: Engineering a tightrope across the mighty Niagara

GUEST BLOGGER DONNA JANELL BOWMAN King of the Tightrope: When[...]