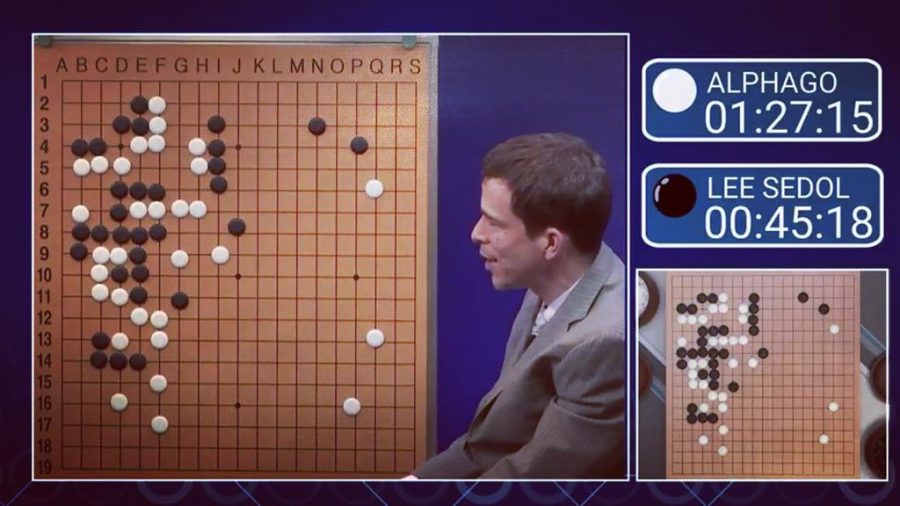 Welcome to today’s A. I. smackdown! It’s man versus machine.

In a 2016 exciting five-game match the world champion Go player Lee Sedol went up against AlphaGo, an artificial intelligence program. The world-wide excitement about the match shattered into confusion when AlphaGo won the first game. How could humans lose to machines? People stumbled over the idea that a computer program could be better than the best of humans.

The basis of artificial intelligence is complicated mathematics, but the ideas behind it are simple. Early attempts at A.I. focused on tasks such as recognizing a photo of a cat. There were two basic ways to determine if a cat was in a photo.

First, you could give the program a set of rules. For example: If there’s a circle shape with two triangles, it’s a cat’s face. The rules quickly become complex! What if a cat is chasing a rat? What if it’s curled up asleep? The cat’s position would mean a different set of rules.

Second, you could program an artificial intelligence with pattern recognition. Then provide the program with thousands of photos, each labeled CAT or NOT CAT. Such programs could analyze the photos and develop a mathematical model of CAT. This method requires powerful computing and lots of data. But in the end, it’s more accurate.

Discuss the following questions with students:

Next, ask students to write rules for recognizing a photo of a cat.

Determine what items in a student’s daily life use artificial intelligence. As it becomes more common, many aspects of daily life are powered by A.I. Explore the following:

Activity #4: Write about it

Write an informative piece about artificial intelligenceI. Explain how it works and how it powers many daily activities. Predict how A.I. will be used to power new technologies in the next five years.

“8:36pm Match 3 of AlphaGo vs Lee Sedol. The confidence of the human commentary is fascinating.” by Buster Benson is licensed under CC BY-SA 2.0 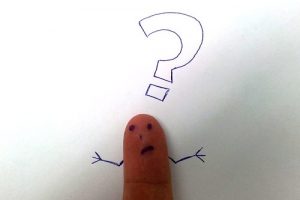 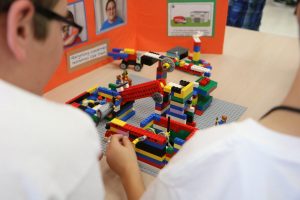 GUEST BLOGGER JOAN RAMIREZ Engineering: What is it? Engineering crosses[...] 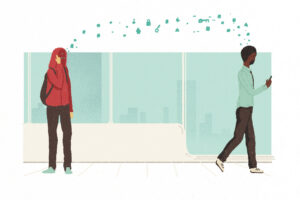 GUEST BLOGGER KATHRYN HULICK I once spoke to an expert[...]