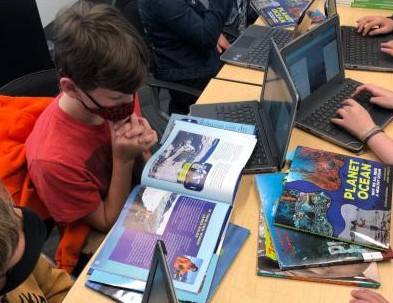 LitLinks: Best practices for making connections between kidlit and science

Often a question may arise about how to best utilize children’s trade books as a source for science information. Science educators recognize the value of the trade books for science lessons and acknowledge the need to engage students in explorations, investigations, or activities where they construct their understanding and engage in sense-making. What follows is a proposed extension of a common reading strategy called Making Connections which is also often called Text to Text, Self, or World.

Support within the Standards

Information and identified needs found within the standards support this extension. The Common Core State Standards for English Language Arts and the Next Generation Science Standards specify the need to integrate literacy skills and content area texts into instruction at the elementary level.

The Common Core State Standards for English Language Arts (CC-ELA) supports this concept in that it states that students need to: “use language effectively in a variety of content areas” (p. 3) and that students should engage in conversations with each other (National Governors Association Center for Best Practices & Council of Chief State School Officers, 2010 further referenced as CCSS, 2010).

The CC-ELA standards further emphasize that the “preparation for reading complex informational texts should begin at the very earliest elementary school grades” (CCSS, 2010, p. 33) and that rich age-appropriate content knowledge texts in science can be infused into the English language lessons.

The NGSS goes beyond the focus on communication to explicitly state that reading and writing have fundamental roles in the practice of science (the NGSS Lead States, 2013a). In actuality, one of the supporting documents for understanding the NGSS note that “the NGSS Scientific and Engineering Practices are language intensive and require students to engage in classroom science discourse” (NGSS Lead States, 2013b, p. 9). This discourse can be encouraged and developed when subjects are integrated in elementary school and children’s literature is used.

Therefore, with this identified need and emphasis on using texts to support literacy development, it makes sense to utilize a strategy that reading teachers often utilize and expand it into the science area. The Making Connections Strategy is often referred to as the Text to….Strategy.

A student’s development of knowledge through texts is not only based on their making connections. Their experiences and how they construct understanding and utilize sense-making strategies also influence knowledge-gathering. Numerous researchers note that making connections between the current text and a prior text, the student, and/or the world is an effective strategy for student engagement, comprehension, and learning (Morrison, 2005; Morrison & Wlodarczyk, 2009; Myhill & Brackley, 2004).

Three potential variations on this expansion include:

Example:  Students could conduct investigations using magnets. Following their investigations, they could make connections to books such as Magnets Push, Magnets Pull or Magnet Max.

Texts first: A way in

The teacher shares a read-aloud of a book first, and then students conduct an investigation. Students can make connections back to the book while engaged in an investigation or activity or generate questions they want to explore. In the latter, the book or content within it can even serve as the phenomenon for students.

Example:  Using What Floats in a Moat? as a read aloud, students could generate questions about why the barrel acts differently based on the amount of buttermilk removed.  Young students could begin by making observations about what are characteristics of objects that float and sink.

Example:  If we return to the example about magnets, we could ask students to engage in stations and then use the book to support their evidence as they construction explanations.  See below for examples of two separate stations based on different pages from the texts.

By expanding the Making Connections Strategy to include Text to Investigations, a common and familiar strategy often utilized by students and teachers can now help them integrate how their readings (or text), their world and prior experiences, as well as the investigation, help them construct understanding and make sense out of the world.

NGSS Lead States. (2013a). Next generation science standards: For states, by states. The National Academies Press.

Dr. Christine Anne Royce is a past president of the National Science Teaching Association (NSTA). She is currently a professor in the teacher education department and co-director for the MAT in STEM Education program at Shippensburg University in Pennsylvania. She has taught at the K-12 level throughout her teaching career before moving to higher education, where she prepares future educators. Christine has been researching and writing about using children’s literature to teach science for over twenty-five years. She is the author of the Teaching Through Trade Books column (now starting its 20th year), which appears in Science and Children. She has been a member of the Outstanding Science Trade Book and Best STEM Books committees and co-author of Teaching Science Through Trade Books and a three-book series titled Investigate and Connect. Connect with her on Twitter @caroyce. 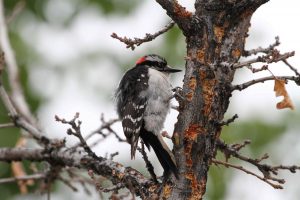 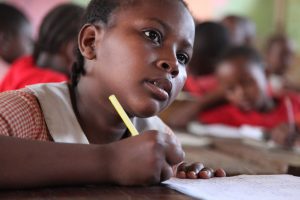 LitLinks: How to make STEM & literacy POP! off the page 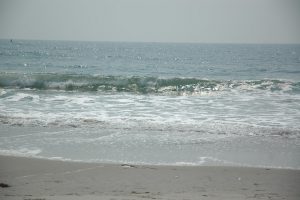