Linda Singleton and I recently judged a writer’s conference sponsored by the Sacramento Public Library. It takes guts to enter a writing contest. Your manuscript is shipped off to some unknown reader and you never see it again. First, second and third places are announced and no feedback is offered. Not a forgiving platform for your craft, is it? Congratulations for being brave enough to take the step!

Linda and I were assigned to review the YA manuscript entries–a synopsis and a sample chapter not to exceed 3,000 words. In a recent blog post, Linda enumerates nine reasons why entries did not make it to the final three, which I have excerpted here (with Linda’s permission):

I’d like to expand upon Linda’s list and offer my own thoughts. In the publishing world, editors often request a sample chapter and a synopsis for MG and YA submissions, but over and over at SCBWI conferences we are hearing that if you don’t grab them in the first few pages, you’ve lost the battle.As contest judges, Linda and I both sympathasized with overworked, bleary-eyed editors. We faced a stack of submissions, each of which had to be read and judged. Many of the submissions were found wanting because of at least one of the nine reasons Linda outlines above. The submissions that rose to the top of the pile incorporated the following:
THREE REASON WHY YOUR MANUSCRIPT SHINES

All of this is not to say that the top manuscripts in this contest are ready for publication. Linda and I saw room for improvement in every manuscript, but it is evident that the winners have studied children’s YA fiction and are improving with every scene they write! Congratulations!I suggest that anyone who wants to write children’s fiction tap into SCBWI and one of its local critique groups to read your work to a group of like-minded peers. Additionally, check out the new California North/Central regional page on the SCBWI website for a list of area children’s writers conferences and events.Thank you for submitting! Keep writing!

I attended the IBBY regional conference at the Arne Nixon[...] 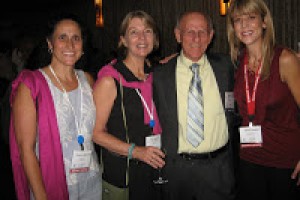 I’m attending my first SCBWI National conference! As the newly[...]