I had the opportunity to catch up with one of the scientists in Plastic, Ahoy! Investigating the Great Pacific Garbage Patch. Darcy Taniguchi graduated with her Ph.D. from Scripps Institute of  Oceanography soon after Plastic, Ahoy! went to print. Where is she today? What’s new in her scientific world? Read on to find out. 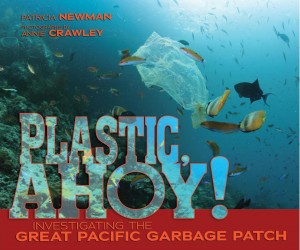 Patricia Newman: How did the 2009 SEAPLEX voyage affect your career in science?

Darcy Taniguchi:  SEAPLEX was a wonderful experience that influenced me in many ways.  It made me more aware of always trying to make my science relevant and relatable to other scientists and to the public at large. It also helped me gain valuable experience performing work on board a ship in a moving laboratory and working with an amazing group of people.

PN:  What are you currently working on?

DT:  I’m currently a postdoctoral researcher, having been awarded the NOAA Climate and Global Change Postdoctoral Fellowship. In this position, I’m looking more closely at the interactions and dynamics of plankton, particularly the single-celled organisms (called microzooplankton) that eat phytoplankton. My ultimate goal is to implement my knowledge of plankton interactions in a global model that includes both biological and physical factors and examine the distribution and abundances of plankton all over the globe.  This research has implications for how the base of the food web may change under various different climate conditions.

PN:  How did you feel about having to put aside your SEAXPLEX data in favor of a different course of study? Do you know if anyone at Scripps has studied your SEAPLEX data?

DT:  While I am very interested in my current research and the course my work has taken, I am also saddened that I was not able to pursue my SEAPLEX research, given all the effort that was put into setting up this great expedition and collecting the data.  I don’t believe any one else is explicitly using the SEAPLEX data that I collected, but I remain hopeful that someone someday may be able to or that I can myself sometime in the future.

PN:  What is the most important finding (in your opinion) to come out of your SEAPLEX voyage? Since Plastic, Ahoy!‘s publication (say Feb. 2013 which is when the manuscript was completed)?

DT:  One of the most important things to come out of SEAPLEX is the general attention it has created concerning our oceans. SEAPLEX has not only brought into the public eye that the oceans are being polluted but also that it is due to human actions and that we can make a difference, either for better or for worse. There has been so much outreach associated with SEAPLEX, not the least of which is PLASTIC, AHOY!, that helps send a message to a large audience about the impacts we humans have on our oceans, no matter how remote or vast they may seem. The realization of the influence this expedition has had was recently emphasized during my new research position. I was told that the plastic accumulating in the Pacific was the focus of a demonstration at an outreach event associated with MIT, and that they would like to continue that demonstration this year as well.  (I fully intend to help out as much as I can and help share my experiences.)  Even though this anecdote may seem small, it helped me realize that this voyage has had far-reaching influence.

PN:  What encouragement would you give to elementary, middle, or high school students interested in science?

DT:  I would like to tell aspiring scientists to never forget that science is fun, important, and relevant.  Those interested in science should pursue the field and maintain their enthusiasm. Whenever that excitement begins to lessen, they should remind themselves that science is interesting and has the potential to influence how we think about the world and what impact we have on it. 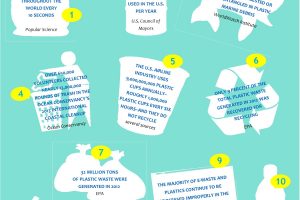 My recent guest post on the Oceans of Hope blog[...]

By Molly Vincent, Guest Student Blogger “Do we have the[...] 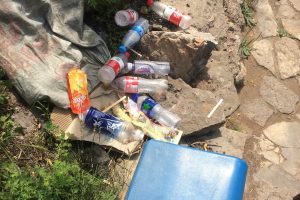 Trash in Can Dixia, China

by Molly Vincent, Guest Student Blogger China is the world’s[...]